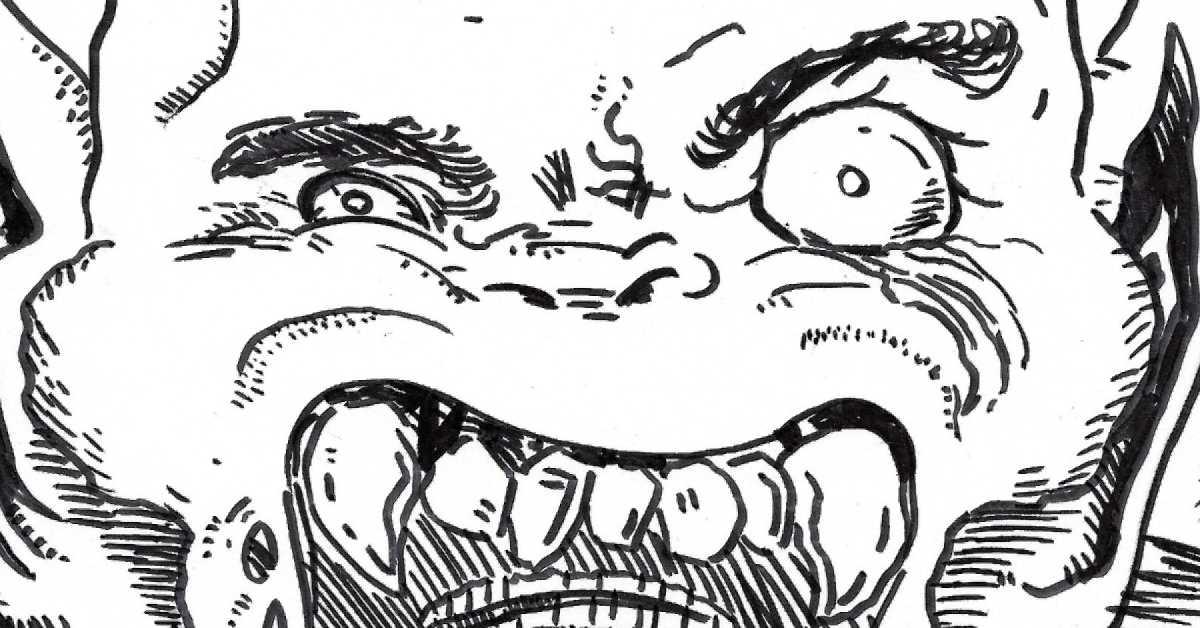 Last month we asked young and old artists in the Manchester area to undergo a task. The goal of this task was to draw a completely brand new type of monster! On the back of it, we would pick winners from two different age groups, and we would pick one more to be the permanent mascot of our website horror section! Oh boy, did they deliver!

We have had so much fun going through all of these creations, and it has been unbelievably hard to pick the winners. Remember, we are marking the entries based on the imagination behind the creation, not strictly the quality of the art itself. What has made this hard for the judges was just how creative everybody turned out to be! If it were possible, everybody would be a winner, so natuarally this one was a tricky one to figure out victors for. But, finally, we made it…

What can we say about Monstrum… Well, for starters, this was a really close call, but ten-eyed Monstrum just nabbed it for us due to its vibrant colours, bizzare body form and that mischievous look coming out of that extremely creepy mask. Favorite parts would also be the ‘stock market’ tail (complete with eye), the ominous eyes on the side of the body, and the great inclusion of character dimentions from Finlay, which helped us get an idea for just how big this extra-creepy crawly might be! On top of that… lightning bolts?! Well there sure is alot going on with Monstrum alright! I don’t think I want to hang around too long to find out though!1st prize for the 12 years and under catorgory. Congratulations Finlay!

We were close to deducting a point for this creation being nameless, but then we thought about it and, yeah, where would you even start when naming this one?! We asked for imagination, and Steve certainly delivered here. Where do we start? A Cyclops with snakes for hair, tentacle legs, paintbrush-broomstick, chains, cobwebs, bandages, blood-wine, a disgusting looking hamper, six arms, two feet… I mean, what is going on here? It’s even reading a comic! Its glorious! Congratulations Steve, 1st prize for you!

So the runner’s up prize allows for one creation to become our permanent horror mascot for the Wow Comix World website. This was perhaps even harder to pick than the winners, simply due to the sheer quality of what we were given by all of you. We found that ‘Brain Taker’ had something extra special going on for us though. A simple, yet creatively evil design, we love it, and we would love to have him as our mascot for the horror section! The combo of the vampire asthetic being mixed with that strangly happy look on his face, while it carries several pre-severed heads (complete with expressions) in it’s cloak that have been ominously removed via this Brain Takers handy chainsaw… It is all just too cool. It may be me too, but i get a hint of the character Lucifer from the old 1978 Battlestar Galactica here (anyone?). We could not resist Brain Taker in the end, and so expect to see it appearing soon on the Wow Comix Website! Congratulations Bonnie!

So thats it for this years Halloween Drawing Competition! All the winners and contestants will be contacted via phone or email over the next couple of days, and your drawings will be available for collection back in the stores from the end of this week!

A huge thank you to all of you who took the time to enter. We had many more entries than we were expecting, and we really enjoyed all the submissions! Certainly watch this space as we look to do a similar competition again soon, but don’t wait for that. Keep drawing, keep creating! This is where the magic happens!