Being a rookie Pokemon Snap player with a retrospective view has also given me the notion that it was really quite ahead of its time in several ways, particularly when involving the art of photography in a setting within the Pokemon world. I’m sure nobody involved in the project at the time could have predicted that 17 years later 2016’s Pokemon Go would have millions of people collecting and taking photographs of Pokemon in different locations all over the world!

While the Nintendo 64 classic Pokemon Snap holds a special place in the hearts of many Pokemon fans, I never actually played the game until very recently, when I was very kindly surprised with a copy (complete with box/inlays/manual, to say I was rather chuffed would be an understatement).

The April 2021 release of New Pokemon Snap for the Nintendo Switch has introduced the premise of the game to a whole new generation of fans, but as a Pokemon collector with a particular interest in vintage merchandise I have been itching to play the original 1999 game for quite some time. I bought my first ever N64 console last year and since then I’ve had a lot of fun playing Pokemon Stadium and several other non-Pokemon-related classics, but now that I’ve finally turned my attention to Pokemon Snap I thought it might be fun to document playing the game for the first time and see how it holds up over 20 years after its release! 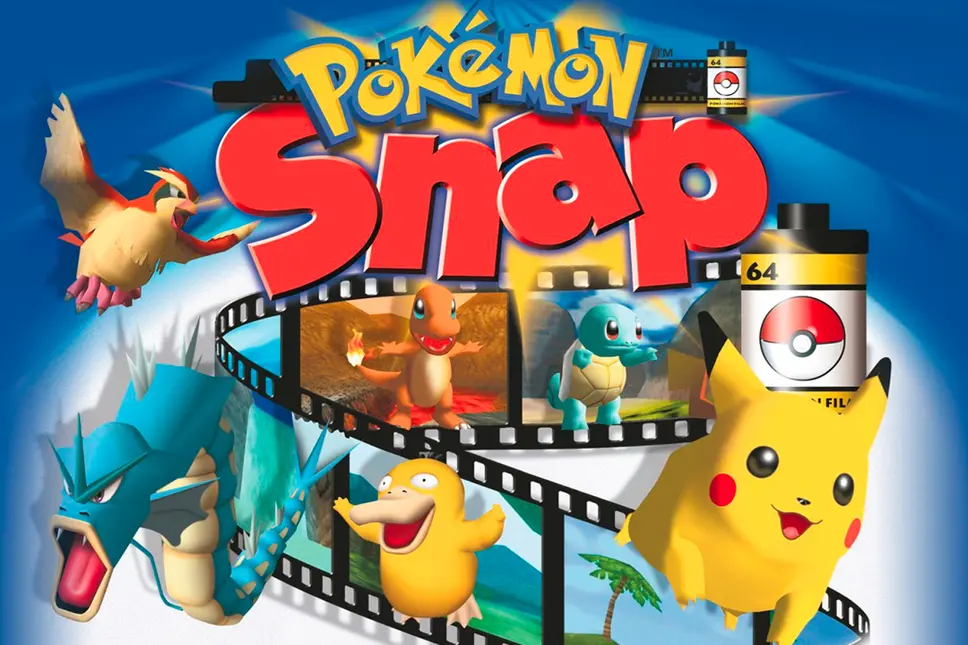 On first impressions I was very enamoured with the overall aesthetic of the game, as although the 3D graphics have obviously dated due to the game being released over two decades ago, the bright colours and wide variety of character designs that helped make the original roster of Pokemon so instantly recognisable are out in full force. The locations within the game aren’t overly detailed but do an excellent job in setting the scene and seeming like places that various species of Pokemon would live in accordance with their individual elemental types (i.e, fire types such as Charmander living near a volcano, whilst water-dwelling Pokemon such as Psyduck and Slowpoke’s habitats are located in a river setting). 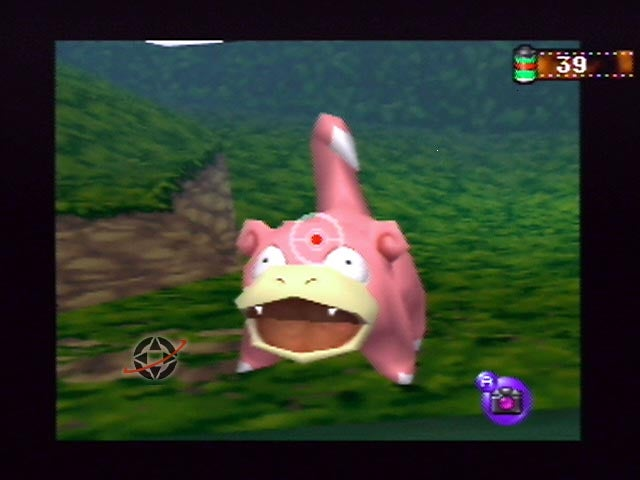 I found that seeing how naturally the creatures we’ve known from the other games and anime fit into the environments in Pokemon Snap exemplified just how good the original Pokemon designs were in the sense of making them feel like real animals that could be found in forests, along streams and in other real-life locations. The variety of different animations that each creature can display when photographing them also helps set each character apart as individuals with their own little quirks and personalities, whether they’re happy, angry, sleepy, hungry or (as I found to be the case with a few of my own personal favourites, Vulpix, Growlithe and Bulbasaur) just plain adorable! 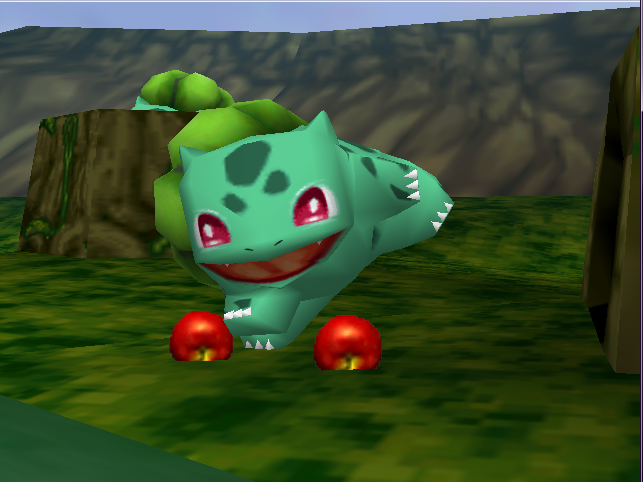 I know that since the first generation of Pokemon were introduced to us all those years ago some fans have stated that they find some of the original 151’s designs to be quite dull and boring compared to those of newer Pokemon, but personally I do prefer the simpler character designs of the Kanto Pokemon and as I was trawling through the various settings in Pokemon Snap for the first time I did feel like a wildlife photographer trying to get the best shot of the creatures in action. As Satoshi Tajiri’s inspiration for the original Pokemon games was his childhood love of catching bugs, I think it is a particularly nice touch that Pokemon Snap’s overall premise explores what is essentially another aspect of zoology (that being the photography of animals in their natural habitat). 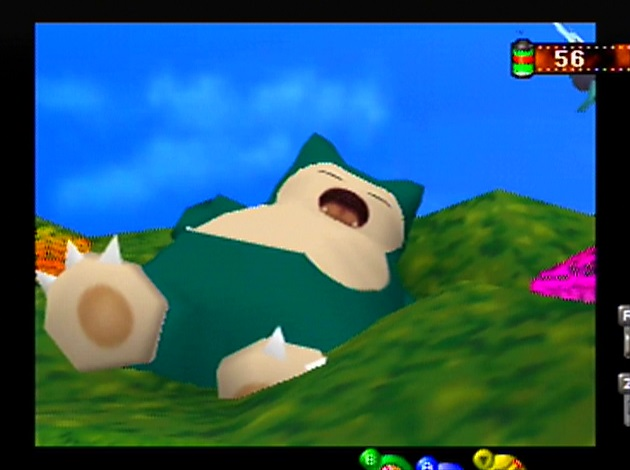 Being a rookie Pokemon Snap player with a retrospective view has also given me the notion that it was really quite ahead of its time in several ways, particularly when involving the art of photography in a setting within the Pokemon world. I’m sure nobody involved with the project at the time could have predicted that 17 years later 2016’s Pokemon Go would have millions of people collecting and taking photographs of Pokemon in different locations all over the world! 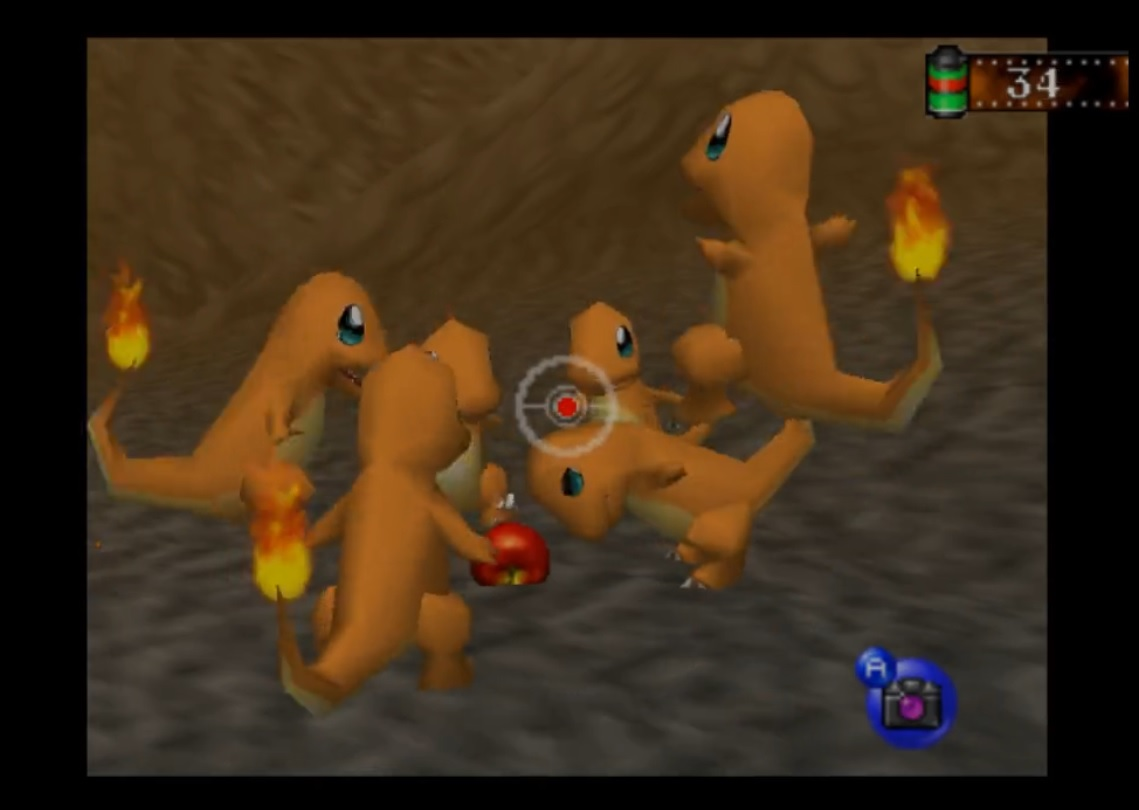 In terms of mechanics, the game’s controls are very straightforward and although some players may have appreciated more options in regards to taking photos of the Pokemon, I think these easy controls are to the benefit of Pokemon Snap’s overall appeal as I enjoyed how relaxed it feels. As I progressed through the game, more options were unlocked in terms of different courses and items to provoke/entice different reactions from wild Pokemon and though the items in question were rather basic, given the limitations of the time I think they served their purpose well enough. Although it would have been a pleasure to see more Pokemon in the game than the 63 that are included, I think the chosen Pokemon do provide enough variety to keep the game interesting initially, but I can’t deny that it would have been fantastic to see a majestic Ninetales in the Volcano level or perhaps an angry Blastoise facing off with Gyarados in the Valley. 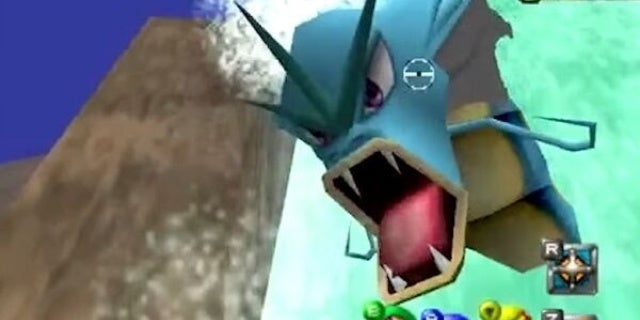 Of course, in some games having a wide variety of customisable options and overall higher stakes suits the story thematically and is key in keeping the player engrossed, but with this first playthrough of Pokemon Snap it was honestly just nice to go through each level and get excited whenever I spotted one of my favourite Pokemon for the first time, as it really did an excellent job of bringing back the excitement and intrigue I remember myself and my school friends feeling when the first wave of Pokemania hit UK shores in the late 1990’s. 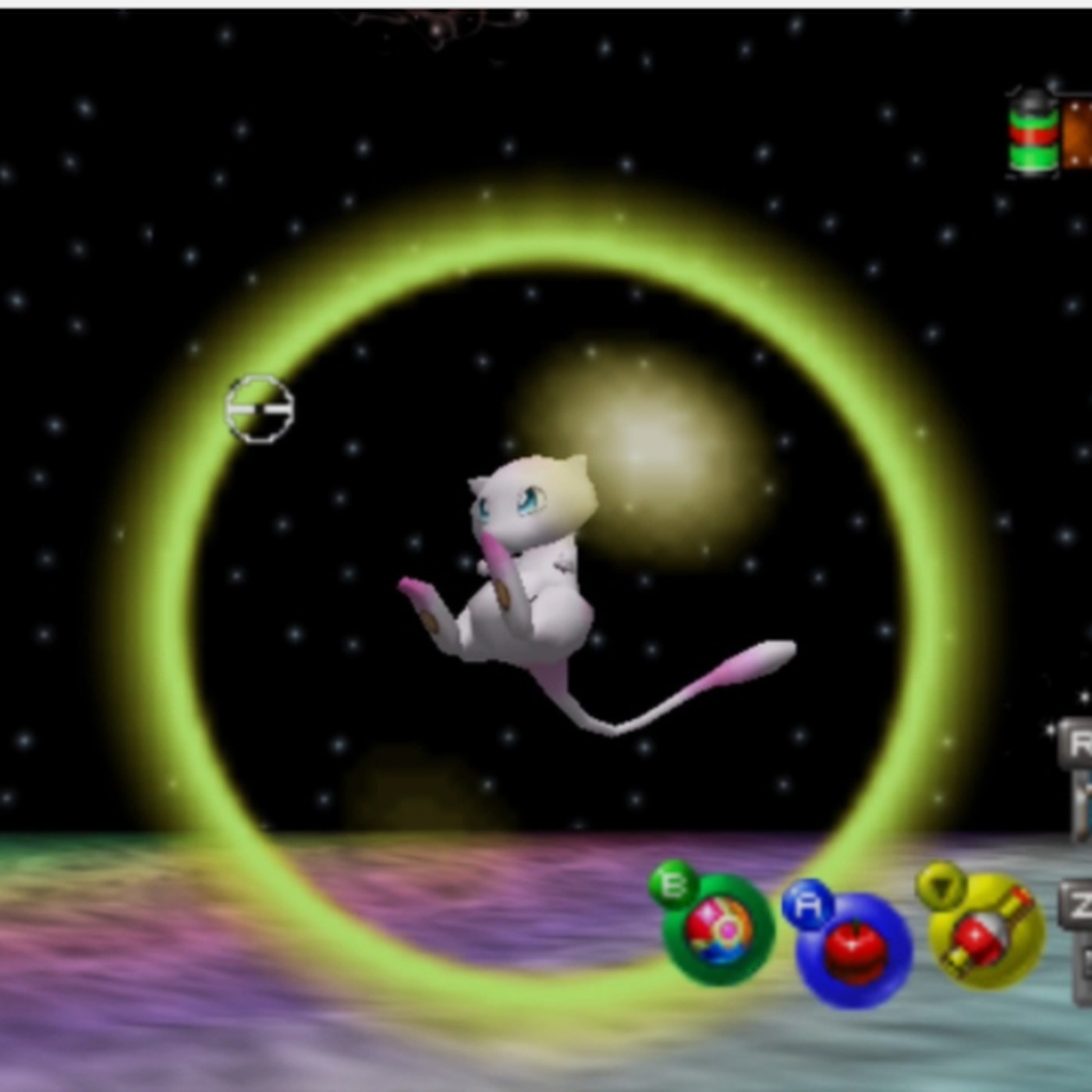 So, despite being over two decades late to the party, I can safely say I thoroughly enjoyed playing Pokemon Snap. In a way I think was probably a blessing in disguise that I didn’t own the game as a child, as I’m pretty sure I would have gotten rather obsessed with it and would have either ended up permanently glued to the N64 trying to get the perfect snap of each Pokemon, or perhaps taken to the chasing local cats/dogs/pigeons around whilst trying to photograph them in a similar fashion (without the apple/pester ball throwing that is, though maybe they’d enjoy the flute playing, who knows). If there are any Pokemon fans like myself who are yet to give the original Pokemon Snap a whirl, I would certainly recommend it. Or, if you played the game when you were younger and haven’t picked it up in a while, why not dust off your cartridge and get snapping? Cute Pokemon, lots of fun and a good dose of nostalgia await!

Game Rant – 10 Things You Never Knew About The Original Pokemon Snap On The N64:

The RetroBeat – Why The Original Pokemon Snap Was Special: